The Emergence of E-Sim: A New Connectivity Revolution

As the growth of IoT and M2M industry is taking place on a rapid scale, it is also bringing forth an assortment of novel connectivity techniques/protocols with it to accommodate this growth. Specifically considering the machine-to-machine (M2M) industry, IoT sim cards have already proven their worth for both the short and long-range M2M connectivity. Now, coming onto the scene to add more flavor to this are the E-Sim cards. E-Sim, or better known as Embedded Subscriber Identity Module Card, can be considered as the currently most advanced version of a typical sim card utilized by all mobile carriers around the globe.

An E-Sim, unlike the typical mobile sim card, is an integrated chip that is physically installed in a range of devices. These devices also include the traditional smartphones, smartwatches, and others in the same league. But the features and technical possibilities provided by an E-Sim are more suitable for the Internet of Things and the manufacturing sector as well. One of the great benefits an E-Sim card provides is the ability to change connectivity networks without purchasing a new sim or suffering from any delay in adopting the new settings. Being an integrated chip-type sim, it offers greater convenience, security, and adaptivity with almost all types of IoT-powered devices, which is currently the most in-demand requirement for the Industry 4.0.

What’s in it for the M2M/IoT Technology?

An E-Sim card is even more important for the growing IoT and M2M arenas respectively due to its highly compatible and in-demand features right now. If we talk about the security of an IoT ecosystem, which is perhaps the most fundamental ingredient for the success of any IoT project, an E-Sim entertains just the right features required to keep an IoT ecosystem safe. For instance, E-Sim cards are capable of isolated provisioning in such a method where it becomes highly impossible to replace them from a device with another sim card.

Another thing, which will prove highly beneficial specifically for electronic device makers, is to eliminate the creation of a sim slot in a device because an E-Sim is an integrated chip well within the board of a device. We have one example of such type of device currently available in the market: Apple’s iWatch 3. This new revolutionary watch series by the Apple has minimized their design by removing a sim card slot, and instead used E-Sim card integrated into the device to provide wireless connectivity with the iPhone.

Consider the easiness of operation and execution of commands when handling a manufacturing process and or managing an M2M ecosystem. When a business reduces costs, yet enjoys an increased functionality, then this proves to be a vital component for the success of the business. On an applicative basis, E-Sim cards, as projected by this research, will provide several advantages for the M2M & IoT users in various sectors: wearable devices, sensors, OEM devices, smart homes, smart cars, and many others. Therefore, as an IoT/M2M business, using sim connectivity will prove to be a vital growth point, most possibly for the foreseeable future ahead. 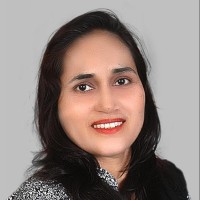